The second generation of Basler 3D cameras is ready to launch. Thanks to the latest Sony DepthSense™ ToF technology, the Basler blaze with GigE interface and VGA resolution is particularly suitable for measuring the position, location and volume of objects and for detecting obstacles. It can be used in a variety of industrial environments.

The Basler blaze camera is an industrial 3D camera that works on the basis of the Time-of-Flight principle. Equipped with the latest laser diode technology (VCSEL), the camera operates in the near-infrared spectrum, i.e. in the wavelength range around 940 nm, and is therefore also suitable for use under daylight conditions without compromise. With a multipart image consisting of a distance, intensity and confidence map and a frame rate of 30 frames per second (fps), it generates 3D point clouds and 2D gray images in real time within the camera, reducing the processor load of the host system. The blaze camera thus combines high resolution (VGA) and precision with powerful features at an attractive price.

The measuring principle of a ToF camera is based on the time needed by the light to travel from the light source to the object and back to the camera. The greater the distance, the more time it takes. The light source and the image acquisition are synchronised in such a way that the distances can be calculated from the image data.

The integrated Sony DepthSense™ IMX556PLR-C sensor with CAPD (Current Assisted Photonic Demodulator) pixel structure, together with the back-illuminated CMOS sensor architecture, enables a much more precise and sensitive scanning of reflected light. This enables the Basler blaze 3D camera, independent of light and contrast and with a resolution of 640 pixels x 480 pixels, to measure optical values almost to the millimetre over a large measuring range of up to ten metres, in which two Euro pallets or a small car can fit, for example.

With its integrated lens and invisible infrared illumination, the blaze is a compact, IP67-protected unit without moving components. Its low overall weight makes it ideal for mounting on robot arms, for example. Through its Gigabit Ethernet data interface and platform-independent programming interface, the camera is particularly easy to integrate and can be operated in multi-camera systems without mutual interference thanks to an intelligent process.

Typical application areas for the Basler blaze camera include industrial automation, logistics and medicine as well as many areas of the “Smart Factory”. Thanks to its compact design, it is more robust and less susceptible to errors for applications in the fields of freight dimensioning, palletising, in autonomous vehicles and robots or in item counting.

Read more about the Basler blaze 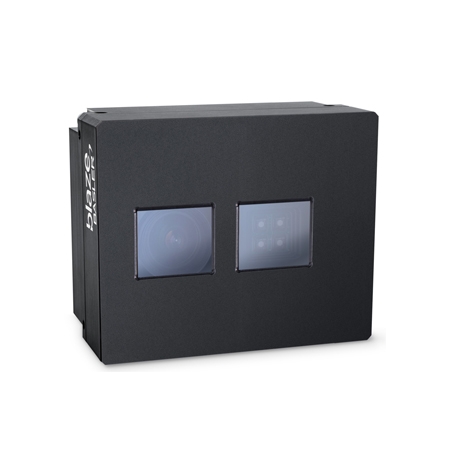