Fisher Smith Ltd., design and supply first class machine vision systems.  Recently they have developed an automated inspection system which inspects the caps and seals of push-fit products produced by their customer Brett Martin, working within the plumbing and drainage industry.

Using the last 3D camera technology from Photoneo and HALCON Imaging tools, a solution was created….

Each bend, reducer or joint has a cap fitted with a rubber seal that seals the cap to the pipe but also allows the mating part to be sealed to the inside diameter. As these products are used e.g. in the sewage system of houses, i.e. underground, a long lifetime is required.

The inspection requirement mainly applied to “short-shots”, where the rubber is too low, so that the mould is not completely filled and the product has a gap at the end. This “short-shot” looks like a dent or notch in the circular seal and would cause a leak. The plastic is black, white, brown or grey with black rubber. The most challenging combination is black rubber with black plastic, as there is no contrast.

One requirement of the customer was to integrate the new system into the existing one. The inspection should be performed when the robot of the existing system takes the parts out of the moulding machine and places them on a cooling conveyor. Depending on the result, whether positive or negative, the robot then places the parts in the appropriate places for further processing or sorting out.

3D vision was the ideal solution to check the relative height of the rubber compared to the plastic, mainly because of the necessary distinction between black rubber and black plastic.

The Photoneo PhoXi 3D Scanner was choosen as it was able to deliver high quality images that were significantly better than the competition. Fisher Smith uses its own software GenVis, which is based on MVTec’s machine vision library in HALCON. Due to its ready-to-use interfaces to hundreds of industrial cameras and frame grabbers, they could choose from a wide range of machine vision cameras and scanners as well as different brands and technologies. Thus, they could quickly integrate the Photoneo PhoXi 3D Scanner into their software as HALCON supports the corresponding interface. In this way, they were able to use the standard tools they already had to further process the tested parts accordingly.

The robot presents each part to the scanner. The acquisition of each image takes less than one second, then the robot moves on to the next part. Eight parts are made every 20 – 30 seconds.

The main advantage of this solution is the significant reduction of faulty parts that reach the end customer. In addition, the new system could be easily integrated into the existing processes without slowing down production or losing production space inside the cell.

Thank you to Fisher Smith for supplying this information. 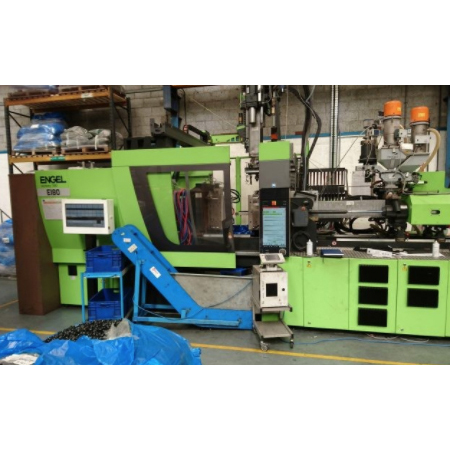