Award winning image of the Sun

Stuart  was awarded the runner-up prize in the ‘2018 Our Sun’ category of the Insight Investment Astronomy Photographer of the Year, a prestigious competition run by the Greenwich Museum. 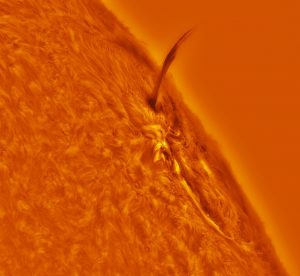 Stuart continues “As you can imagine, I was thrilled to receive the runner up prize in the solar section”.  Describing his image as an eruptive prominence of magnetised hydrogen plasma rising high above an active region that just hours before exploded with a powerful solar flare.

With one judge commenting “Such a distinctive shot of prominence activity. Evocative of a microscopic image of a wasp stinger. A most unusual and alluring solar view”.

Stuart took his amazing shot on his home-built telescope based on an iStar Optical 150 mm f/10 lens and double stacked hydrogen alpha filter at 656.28nm.  The camera utilises a IMX174 sensor along with a 150 mm f/35 lens. Stuart explains he captures the images as a SER video file in monochrome and then works up into a final image using specialist astronomy image processing software.

Congratulations to Stuart for his success !

View our range of CMOS cameras

Take a look at some of the further amazing images Stuart has taken of the sun: 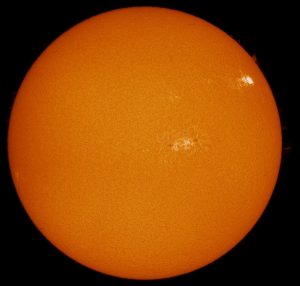 A full disk image of the Sun imaged mid-flare when the magnetic canopy over an active region collapsed, releasing the power of a billion atom bombs in a flash of heat and light lasting no more than a few minutes before subsiding. 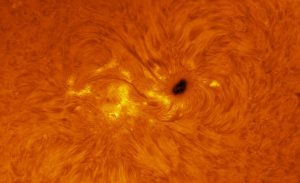 This is a high resolution image of an active region with large dark sunspot wider than two Earth diameters erupting magnetised ribbons and swirls of hydrogen plasma. 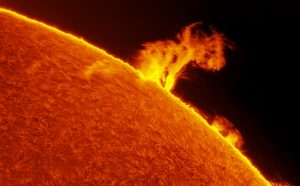 This is a huge solar prominence rising from the limb of the Sun, suspended in magnetic fields. 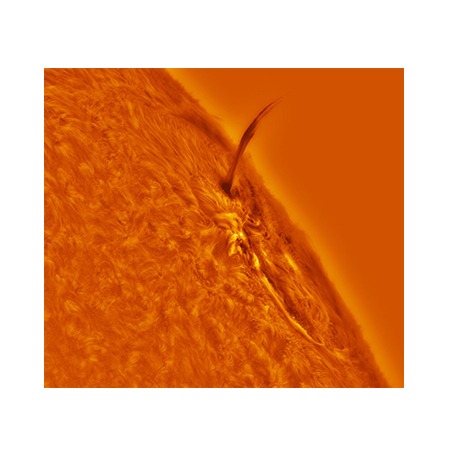