Dr Markus Ulrich, manager of research & development at MVTec, says due to the hardware independence of Halcon it was very easy to connect the Kinect sensor to Halcon: “We implemented a simple Halcon interface making use of the current beta version of Kinect’s open source driver. On the basis of Halcon’s standard calibration techniques, we transformed the depth image into metrical X, Y, and Z data without any problems.”

After this step, the whole functionality of the Halcon library is ready to be applied, especially operators for 3D vision like the surface-based 3D matching. By combining Halcon and Kinect, new and creative 3D applications can be developed eg for bin picking, packaging, or palletising. With this option, 3D applications with low cost 3D sensors especially for large-scaled objects are possible.

Find out more about the imaging possibilities with HALCON 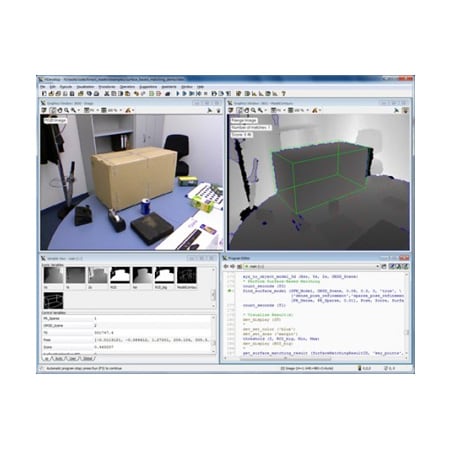 It would be great to see you at Xbox sensor brings cost savings to vision industry, let us know your details so we know you'll be there.