Euresys have announced a new CoaXPress Frame grabber. The Coaxlink Quad G3 DF is a CoaXPress frame grabber with four CXP-6 inputs and four CXP-6 Data Forwarding outputs. It allows sharing the data (images) coming from the camera between two or more host computers. The Coaxlink Quad G3 DF is able to distribute the image processing load among several PCs, a feature which makes it ideal for demanding applications requiring heavy image processing and analysis.

Find out more about the Quad G3 DF Series 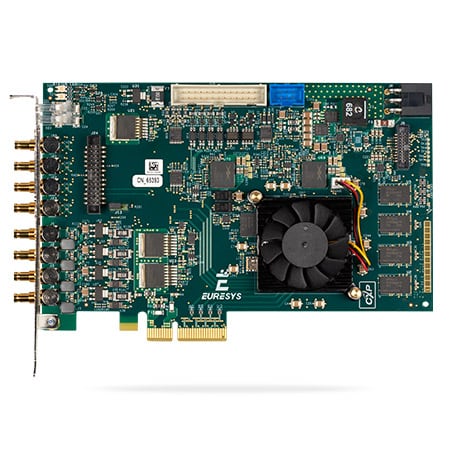 It would be great to see you at Euresys announce a new CoaXPress 4 Input/4 Output Frame grabber, let us know your details so we know you'll be there.