The new Euresys Coaxlink Quad G3 guarantees top performance with its four CXP-6 CoaXPress connections for a total transfer rate of 25 Gbit/s (2.5 GByte/s) and a unique PCIe 3.0 (Gen 3) x4 bus. In addition there is Memento, an advanced event logging system that helps developers during application development and debugging.

In high-end inspection machines using vision, the frame grabber is responsible for acquiring images in synchronisation with numerous external devices such as motion or lighting controllers, not to mention the camera itself. Debugging these systems often requires complex equipment, for example, oscilloscopes and logic analyser, which are used along with software profilers.

The problem is even more acute with the latest cameras available, which allow for very fast frame rates in excess of several hundred, even thousand frames per second. The Euresys Memento logging system has been designed to simplify that process.

During the operation of a Coaxlink card, Memento records an accurate log of events related to the camera, the frame grabber and its driver, as well as the host application. Events such as driver function calls, callbacks, triggers received by the frame grabber, strobe signals sent to the light controller or camera control signals are all recorded along with precise time stamps and detailed context information.

The Memento Event Viewer is then able to display a list of these events, along with their associated time stamp and context information. Graphical views are also available. Different levels of verbosity can be selected and events listed can be filtered and searched.

Memento provides assistance during application development and debugging, as well as during system operation. During application development and debugging, Memento helps the developer understand the behavior of the machine, and pin down the cause of issues such as missed triggers or lost images. Memento is also useful during the operation of the machine. It runs in the background and saves logs that can be sent back to the support team in case of machine failure.

The Memento event logging system is free and works with all Euresys Coaxlink cards. 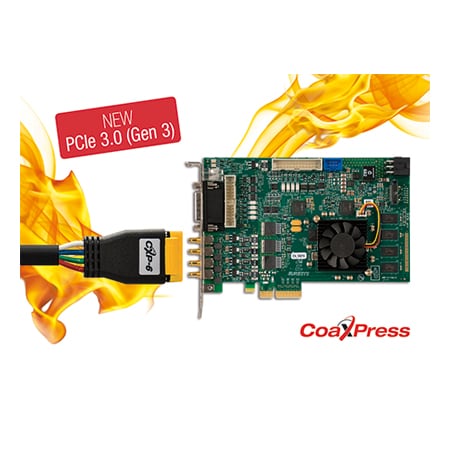 It would be great to see you at Euresys Coaxlink Quad G3 with Memento, let us know your details so we know you'll be there.