Multipix has extensive experience to support you.

The ‘art’ of setting up and optimising a line scan camera system is no easy task.  Applications can have very different requirements and there are many decisions to be made regarding how the system should be configured.  Different line scan camera manufacturers have varying performance and methodology.  Multipix has been involved in many line scan applications and is pleased to help achieve the performance you need.

In this series of articles, we would like to explain some fundamentals about selecting and setting up line scan camera systems.  We will try to relate this to the real world using the rotating drum rig in our support laboratory at Multipix, as a reference.

We have had experience with several brands of line scan camera over more than 20 years and we are now very pleased to be working with HIKROBOT and their ‘CL Series’ line scan cameras.  This is not only because of camera performance, but also because of availability at this crucial time of short supply.  We also work with JAI who have very innovative multi sensor prism-based line scan cameras

Later in this series of articles, we will go into detail about the USP’s of some of these cameras, such as TDI functionality, High Bandwidth mode for GigE cameras to achieve similar speeds to Camera Link and many other features and supporting accessory products.

The very first thing to think about is whether using a line scan set up is justified/the most appropriate.

This often comes down 4 fundamentals:

The next thing to consider is the resolution (with respect to the object).  This will dictate the number of pixels of the camera and the maximum movement speed.  The aim in most applications is to achieve square pixels (equal resolution across the web and in the direction of movement).  Resolution across the width of the web is achieved by choosing a suitable width camera (2k, 4k, 8k or 16k pixels) and an appropriate lens.  (Choosing the lens will be described in a later article in this series).  The camera also needs to capable of running fast enough to cope with the fastest speed of movement.  This is referred to as the maximum line rate of the camera.  If this cannot be done, then we need to consider using multiple cameras (or using high bandwidth mode, which will be described in a later article in this series).   If the speed of the surface is varying, it will need to be fitted with an appropriate encoder to control the line rate accordingly so that the pixel aspect ratio is maintained.

Assuming that line scan is the most appropriate technique and there is a suitable camera (or cameras) available, the next thing is to set up the camera position and the lens.  This is actually considerably more involved than in an area scan camera application and always involves some advance calculation regarding the lensing, getting the working distance/magnification correct and ensuring the camera is mounted perpendicular to the direction of travel.  Even focusing the lens requires a little more thinking about than with an area scan set up!  These things may sound trivial, but you would be surprised how often they cause issue!

So, in general terms, line scan applications often require a combination of short exposure time, a very powerful focused line light and high-speed data streaming via Camera link or large packet size settings/high bandwidth mode over GigE.  Also, because most line scan applications are fast, they require very short exposure times and therefore often struggle for sensitivity.  It is tempting to open the iris of the lens to wide open, but this seriously compromises the lens performance (we always recommend running at f4 or above if possible!).  This means the lighting is critical (we can also use some other method for increasing sensitivity such as TDI, which will be described in a later article in this series).

Once the camera is set up correctly, the configuration can be saved to a user set, which can be instantly loaded when the camera is powered up (a very useful feature!).

All camera manufacturers have their own image capture and control SDK which is generally free of charge to use:

The demo video shows the camera capturing an image consistently at varied speeds.  In this case, our drum has a series of printed concentric circles that we are imaging.  This provides us a method to determine if the acquired aspect ratio is correct and it also provides nice high contrast edges to determine image quality for sharpness, motion blur and consistency of the lighting.

To provide some details about our set up in the video and relative speeds of our rig, the goal was to achieve a resolution of 100microns (0.1mm) in our resulting image, meaning that our 2k pixel camera was capable of imaging 200mm wide.  Our drum is approx 400mm wide with a 600mm circumference.  Essentially for this application, our drum is fitted with an encoder that provides a line drive pulse very 200microns of surface movement.

Most line scan cameras have the capability of multiplying and/or dividing the line drive input, so that exactly the right aspect ratio can be achieved.  In this case, we only needed to multiply the encoder by a simple factor of 2 to achieve our goal.  Regarding setting up the width resolution, a 16mm lens, gave a field of view of 200mm from a distance of approx 220mm, thus providing the required resolution of 100microns per pixel across the web.  The video shows a varying drum speed up to a maximum of 7.5rps (450rpm), which equates to a surface speed of approx 270m/minute.  At this surface speed, the camera is running at 45kHz line rate and an exposure of 1/45000s.  The GigE interface was configured for jumbo packets – our frames were set at 2000 lines – producing 4MP images.  HIKROBOT have recently upgraded their GigE driver to deliver access to the frames immediately after the last line is acquired which is excellent.  Configuring the GigE interface and high bandwidth mode will be described much more fully in a later article in this series.

Line scan applications generally only need a very narrow beam of intense light to illuminate the object at the position where the camera is pointing, but because of geometry/the angle of the light, the relative position moves if the product moves up and down, so the light often needs to be considerably wider than you would initially think.  We work with a few LED lighting manufacturers – in this case we are using a high intensity, but relatively wide ‘IDBB series’ line light from LeImac.

LeImac have a huge range of LED lights and several different line light models.  The IDBB series are particularly intense for a wide light.  They are available in lengths from 100mm to 2000mm.  The slim compact design makes it a perfect candidate for many line scan applications.

Many manufacturers within the industry are currently experiencing supply chain issues with components, but the HIKROBOT CL series of line scan cameras are on fast delivery times. Contact us now to get hands on! 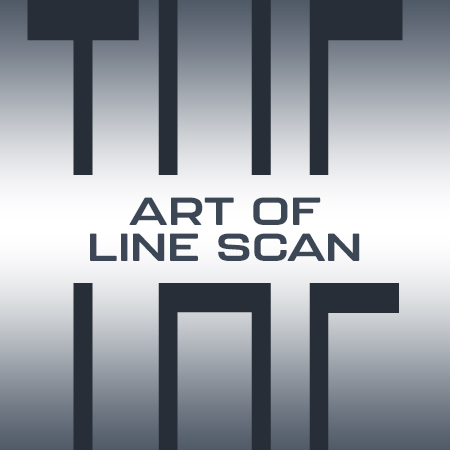 It would be great to see you at The Art of Line Scan (PART 1), let us know your details so we know you'll be there.