The latest version on MVTec’s HALCON 20.05 offers both entirely new features and updated technologies from the previous version, which can be used to further optimise machine vision processes.

The bar code reader has been improved by an advanced decoding algorithm, which increases the decoding rate when reading codes with very thin bars. Thanks to this, it is now possible to even read codes with bars smaller than one pixel. With HALCON 20.05, training for all deep learning technologies can now be performed on a central processing unit (CPU). By removing the need for a dedicated graphics processing unit (GPU), standard industrial PCs that could not house powerful GPUs can now be used for training. Customers benefit from significantly greater flexibility regarding the implementation of deep learning, because training can now be performed directly on the production line.

Another new development is that the generic box finder released with the previous version has been improved in terms of robustness, performance, speed, and usability: With MVTec HALCON 20.05, it is now much easier to find boxes of different shapes and sizes reliably. In addition, the Grad-CAM-based heatmap (Gradient-weighted Class Activation Mapping) can now be calculated on the CPU without significant speed drops. This means that users are now able to analyse directly which parts of an image influence the deep learning network’s classification decision. Furthermore, the anomaly detection has been significantly improved in the current HALCON version. Training the network is now up to ten times faster, and inference speed has also been improved. Trained networks now also require less memory and disk space, which makes the feature more viable for use on embedded devices.

Another new function improves processes in manufacturing, where pieces must be located robustly and accurately to allow for further processing. Characteristics such as small holes are often the only unique features to find the correct orientation of the object. HALCON’s surface-based 3D matching can now make use of such features to improve the accuracy and robustness of the matching results.

Take a look further at HALCON 20.5 Progress Version and Download a trail version 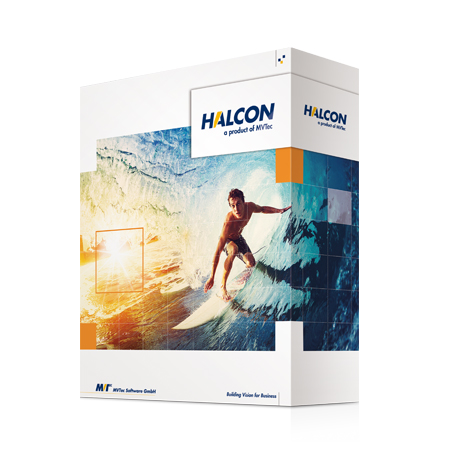 It would be great to see you at MVTec launch HALCON 20.5 with New Features, let us know your details so we know you'll be there.