The Robotics and Automation team at IMR (Irish Manufacturing Research) spend time analysing emerging technologies, testing out the latest products by working on challenging real world applications that address a specific technology area and thus enable their members to get an insight into how, when and where these cutting edge components can work for industry. Recently the IMR took on the task of combining a robot with two different solutions and we have been giving permission to share this valuable information with you!

Random Bin Picking is currently of great interest to many manufacturers, to minimise downtime due to the current crisis, often looking for a solution to automate the picking of randomly orientated parts, out of a bin. One such ‘Off the Shelf’ system is the Photoneo Bin Picking Studio. Multipix Imaging, working partners with the IMR, were only too happy to supply Photoneo’s Phoxi 3D camera to work with two different approaches; (1) The complete all in one Bin Picking Studio from Photoneo and  (2) the combination of individual leading technologies, such as Halcon Image Processing Software,

The IMR evaluated two approaches on the picking of Croissants. The aim was to be able to pick an organic product with slight variation from one part to another in a random orientation, as reliably and repeatably as possible. There was a specific focus on the speed of pick and complete bin emptying.

Firstly, they took the all-in-one, Photoneo Bin Picking Studio 1.4, straight-up as any customer would receive and combined with a Universal Robot (UR).  Bin Picking Studio is an all-in-one product that will capture the image data, process it to find a match and plan the robot path, thus making the integration and deployment of a robot picking solution more straight forward. Watch the video and read about their findings….

Secondly, they combined the Phoxi 3D camera together with Halcon Imaging 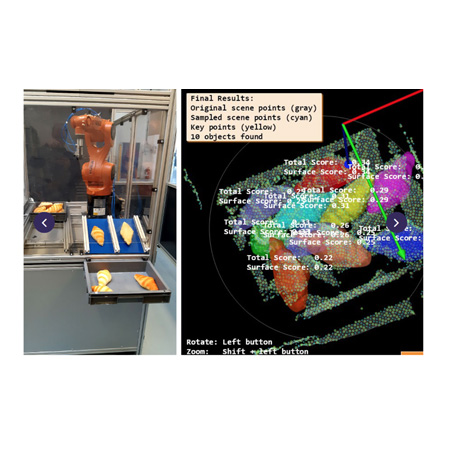 Software tools, with Kuka’s Robot software and ROS path planning and also took the application further by introducing the complexity of highly variable shaped parts. This approach is a more involved development process and requires a range of skills, but can have run-time speed advantages if each element is optimised. Watch the video and read their evaluation…

The Photoneo Bin Picking Studio utilises the award winner Photoneo Phoxi 3D scanner, both of which Multipix Imaging distribute in UK/Ireland and also have available for demonstration.

Multipix Imaging having worked with MVTec, manufacturer of HALCON imaging software for many years are extremely knowledgeable on HALCON tools and their capabilities.  If you are interested in learning more about this software, please be in touch. 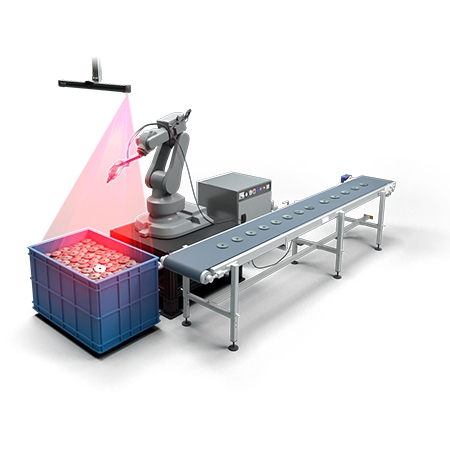 It would be great to see you at Photoneo Bin Picking Studio given full evaluation by IMR, let us know your details so we know you'll be there.