There are two main category of cameras for machine vision inspection systems, namely area scan cameras and line scan cameras. Both are available in monochrome and colour, with various interfaces such as GigeVision, USB3 Vision, CameraLink and CoaXPress.

Before diving into where and when to use line scan cameras over area scan cameras, it is important to first understand the difference in the sensor technology used. 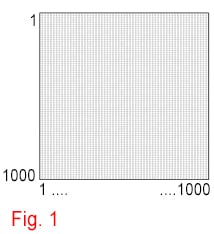 Area Scan sensors are as the description suggests, a sensor that is 2-Dimensional with rows and columns of pixels (Fig.1) A single exposure captures an area image (Fig.2)

The resolution of a sensor is calculated by multiplying pixels rows by columns (X & Y), a simple example being 1000 x 1000 pixels, which is 1,000,000 pixels, or in other words 1MegaPixel. This means for the given Field of View (FOV), there are 1M pixels covering that area. Taking that further, if your FOV is say 100mm x 100mm, the simple 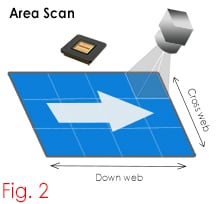 real-world resolution is 0.1mm per pixel in both X and Y direction. That is to say 100mm/1000pixels. Here it is important to understand the role played by exposure time. This is the time that the sensor is exposing for and capturing light to create the image. If the object is moving under the camera which is often the case, such as a conveyor system, it is important the exposure time is fast enough (short enough) to capture a crisp image and avoid blurring. The frame rate of the camera must be fast enough to capture the objects that are being inspected.

Line scan sensors are as the description suggests, a sensor that is 1-Dimensional and consists of a single line of pixels (Fig.3a) 2 lines if Dual (Fig.3b) or 3 lines if prism based (Fig.3c) A single exposure captures a line image (Fig.4). Line Scan Resolution 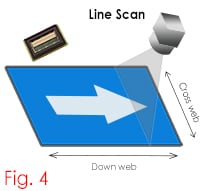 With line scan cameras, the object must be moving under the camera (or the camera over the object) , to build up a 2D image. Imagine a flatbed scanner – the same principles apply here. The cross-web resolution (X) is determined by the number of pixels the camera has, so again in this example if the camera has 1000 pixels and the cross-web FOV is 100mm, the X resolution in the real-world would be 0.1mm. The down-web resolution (Y) depends on a combination of  two things; It is almost always preferred that square pixels (real-world resolution) are the result of a line scan image. This means if a circular object is passed under the camera, the result is an image which has a circular object (Fig.5a). If the scan rate of the camera is too fast or too slow, the resulting image would show either an elongated circle (Fig.5b) or a squashed circle (Fig.5c). In the example above, if the X resolution is 0.1mm then it is necessary to have a Y resolution of 0.1mm also. Let’s assume the object is passing under the camera at 50mm per second. To achieve a resolution of 0.1mm, this would require a line scan rate of 500Hz (50/0.1) It is most common that a line scan camera is triggered by the web system (ie conveyor) to ensure consistent line image capture. If the camera is capturing lines out of sync with the conveyor movement, the resulting image will not contain data that is representative of the real-world.

Read more in Part 4 of the Guide to Machine Vision – 3D Imaging – a very popular topic covering when and where to use 3D inspection, including different 3D Imaging techniques. Part 2: The Vision Chain Part 4: 3D Imaging 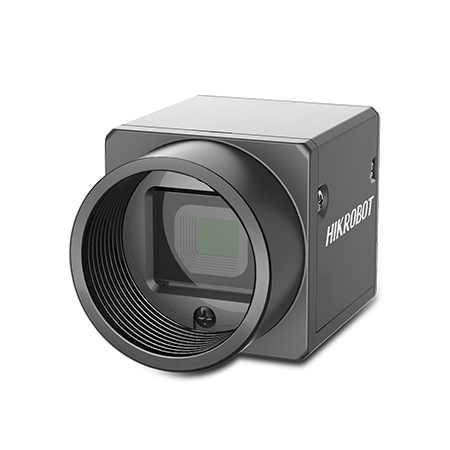 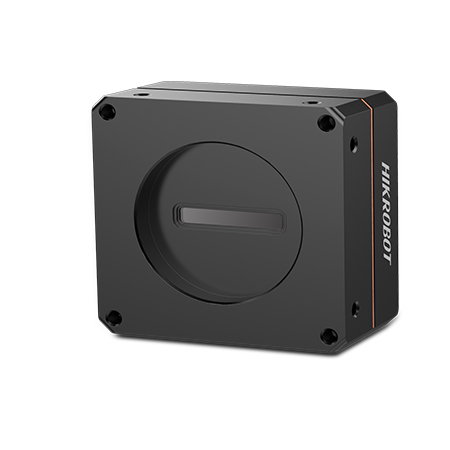 Area scan vs Line scan …. which to use?

This can be a minefield even for experienced engineers and it is a subject that the Multipix team are often discussing with customers and offering valuable advice based on many years of experience.

Otherwise, points of consideration include resolution, speed and cost!

“It is prudent to understand why and when line scan camera technology is a better option!”